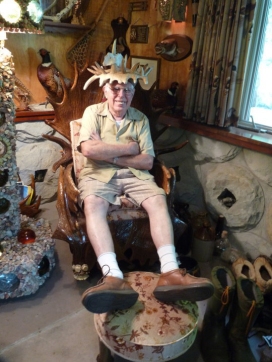 Bill Steckman’s forty-something year passion for all things antler began innocently enough on a vacation to Newfoundland, Canada in 1969.

Enquiring of a local where he might find a set of moose antlers, Bill was invited to stop by for a visit. Immediately impressed by “what a moose could build without any formal education” Bill offered to trade a bottle of rum for the rack.

Returning many, many times over the years, Bill collected “not hundreds, but thousands of antlers” from over 180 families across Newfoundland, each of whom still receive an annual Christmas card from the Steckmans.

On the homeward journey to Salamanca, New York, Bill’s motorhome was usually  burdened with thirty or forty antler sets or more, prizes won in trade for bottles of rum and scores of Swedish knives! What a sight it must have made rolling down the highway bristling with bone!

And what has Bill done with his mountain of moose antler?

Carved some, commissioned work from others, sold raw at the local Seneca Nation Pow Wow, built furniture blessed by the Pope and filled a custom built ‘cabin’ to the brim, that’s what, and he’s learned a pack in the process that he is willing to share with fellow antler enthusiasts. 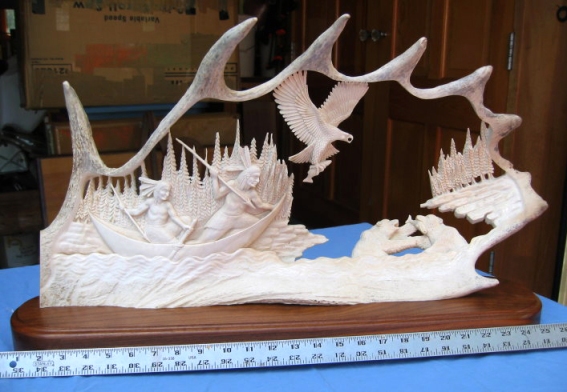 He is currently at a point in his life where deteriorating health has made it difficult to do the things he has in the past (“I have trouble using a screwdriver”) and he feels it is time to divest himself of many of his creations and commissions.

I don’t think it would be an exaggeration to state that Bill Steckman is perhaps one of the first collectors ever of all things antler, and I can’t help wondering if it wouldn’t behoove a contemporary collector to consider acquiring much of Bill’s offering to keep this precious legacy intact.

Bill grew up quickly. His father died when he was a teenager and he took over the responsibility for providing for his mother and two sisters. According to Bill, “I was working all the time. When television first came I didn’t mind working on roofs, so I put up half the antennas in town, did big tree work, and put in black-top driveways with the power roller I built. Dad was in the hospital for three years, so I didn’t get married until I had every bill paid and found work on the side so that I could give Mom as much money as I did before I was married. I’ve been a busy boy!” 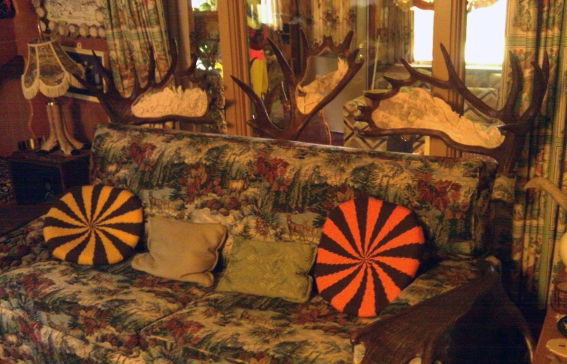 After serving in the U.S. Navy during WWII, Bill found permanent employment with the Erie Railroad, retiring after 43 years. One glance inside the ‘cabin’ he built from reclaimed railway buildings reveals that his passionate interest in antler, begun during his employ, has blossomed in retirement.

“Everybody calls the camp a museum. It’s 36’x57’ and there isn’t room for anything on the walls and it’s so full of moose antler furniture that you can’t walk through it.”

“It all works out if you make up your mind to do it,” is Bill’s response, when awestruck I asked, “Where did you find the time?”

When Bill began in antler, hardly anyone was working in the medium. A native carver taught him how to carve using a hammer and chisel, but, not surprisingly, he found this difficult. Later he bought a Dremel and foot pedal (prior to the Flexible Shaft attachment) but gave it up when he encountered an artist who exhibited real skill in creating a level of detail he could not match.

Since then, he has commissioned others from around the world to create carvings using the antlers he collected. Sadly, the carvers’ names were lost when the original bases were replaced with Bill’s own black walnut creations. Some carvers are recognizable by their style: Jack Brown’s dragon knives, Clyde Drew‘s native carving, and Tom Cooper’s sheep on sheep horn.  According to Bill, some have been created by a selection of excellent Indonesian carvers from Bali. (Perhaps via the internet some of these artists can be identified?)

Bill has focused his own efforts on the creation of antler furniture. Chairs and footstools, dining and coffee tables, Davenports, lamps, and chandeliers – he’s made them all and learned much about working with antler in the process. He works closely with an Amish upholsterer, who covers his creations in tapestry and leather, and, lately, has found an assistant, fellow rail road employee Bill Skoken, who helps with some of the tasks he can no longer perform. 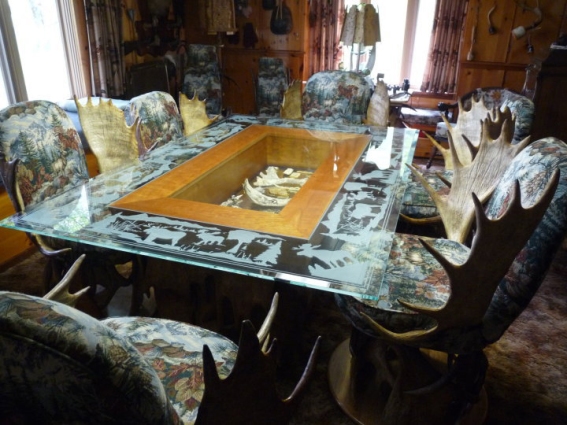 In addition, Bill has sold many of his antlers during the annual Seneca Nation Allegeny Reservation Pow Wow. Salamanca is the only city in the U.S. to reside completely within a native reserve and Bill took advantage of the event to offer antler for sale. In fact, some years he would cover his 200ft driveway “solid full with antlers to sell (Denis Walrod, author of Antlers can attest to this) and by the end of the pow wow they would all be gone.”

Bill has learned much about antler, hard won secrets gleaned from trial and error that he is willing to share:

Bill will soon be 86 years old. He suffers from dizzy spells and macular degeneration, requiring monthly treatments. This winter, with help, he figures he will make his last chair with the few special antlers remaining in his inventory.

I asked Bill to look back over his career in antler to reflect on things that he might have done differently. Without hesitation he said that he would not have sold so many of his antlers raw, since they are now so hard to acquire. Also, he would want to have found someone, like his assistant Bill, to help him with the work much earlier, because, as he says with a grin, “we could have made a bundle!”

I wondered if Bill had some wisdom he would like to pass on to his fellow antler carvers and craftsmen. He thought about this for a moment and then shared, “Don’t ever be in a hurry doing a job, because if you are, you’re going to screw it up. And if someone comes to visit you sometimes it’s best to put your work aside and visit.”

Bill and his wife Anna have no children to whom they can bequeath this marvelous collection of antler furniture and carvings, so Bill is offering it up for sale.

Neighbour, friend and artist, Cassie McLaughlin Woolen, is helping Bill get the word out, and is responsible for most of the photos in this article. She has posted many more images on her Facebook profile and will act as a liaison with Bill, who does not have a computer. Jack Brown also provided some of the photos. 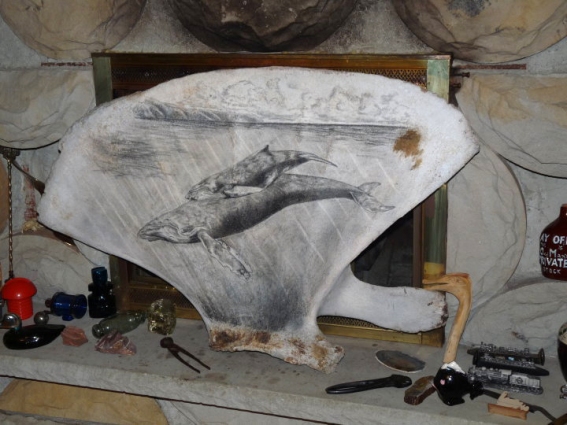 How wonderful it would be to preserve Bill’s legacy and build upon it to create a truly great collection of antler sculpture and craft!

Bill Steckman on one of his antler chair creations 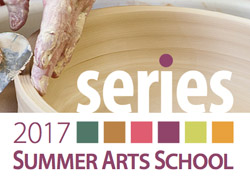 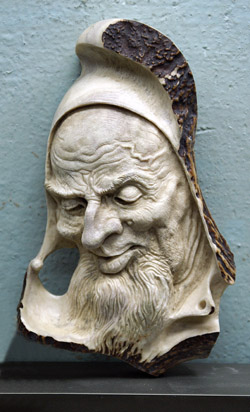 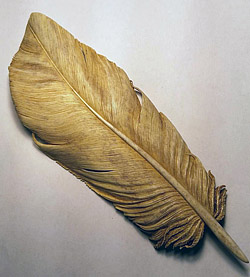 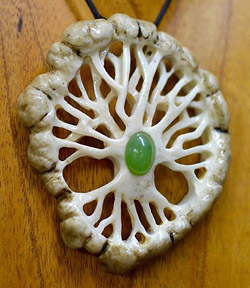